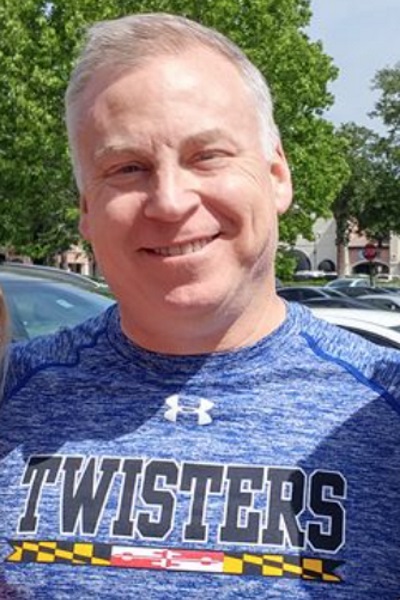 In 1997, the Hays family moved to Maryland where Kevin started coaching at Docksiders Gymnastics. He then joined the Maryland Twisters tumbling staff in 2001. Kevin is USASF Safety, American Red Cross First Aid, and CPR certified.

Kevin has been blissfully married to Laurie since 1985. Two of their daughters, Meghan and Brenna, are Maryland Twisters F5 alumni and cheered for the University of Central Florida. Their youngest daughter, Kelly, coached cheer in Salisbury, MD while earning her teaching degree. Mr. Kevin has a granddaughter whom he hopes to introduce to sports as soon as she can walk.

Mr. Kevin is excited to start another competitive season coaching Eye of the Storm.